Non-clumping litter is one of the more popular litter types available for cat owners. But most people don't understand how this product works to keep a litter box clean and manageable. After some significant research, we found an answer to help clear up any confusion.

Non-clumping litter consists mainly of clay called calcium bentonite, which absorbs both odors and urine. It doesn't form clumps and lets urine soak until it reaches a saturation point. Once the threshold is reached, owners will need to change the litter and replace it inside their cat's litter box.

But this doesn't tell the whole story of what comes from using non-clumping litter. You'll also need to learn more about its benefits to determine whether it's suitable for your cat's needs. So let's take a deeper look into them and see whether they mesh with your particular situation. 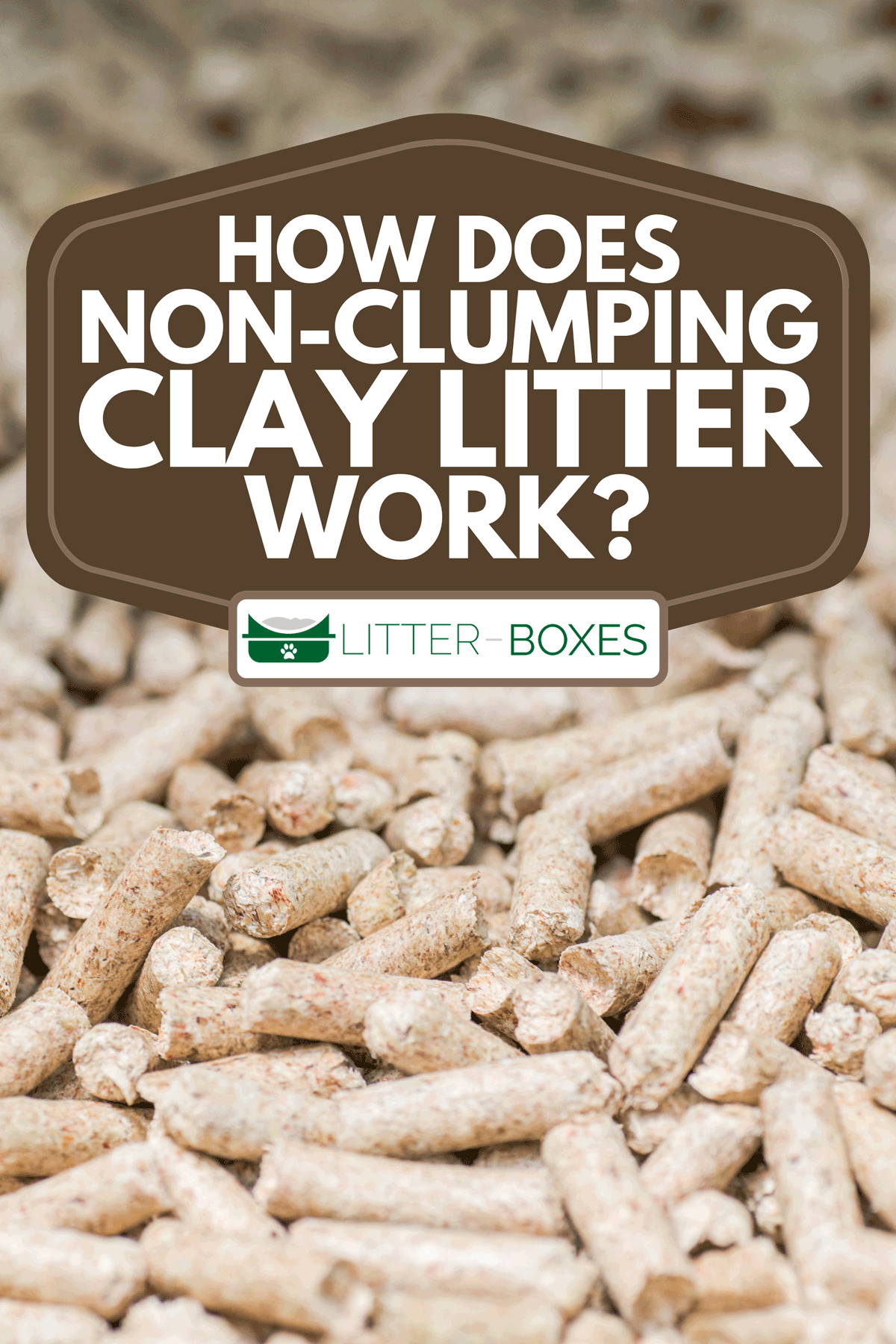 Non-clumping litter served as the only commercial option for cat owners for decades. It's rather remarkable that it hasn't been completely taken over by a more advanced product. Here are a few benefits offered by non-clumping litter to give you an idea of why:

Every cat owner understands how expensive certain products can be for their pets. As a result, cost plays a significant factor in choosing a cat-related item or product.

Cat litter isn't any different, which is where non-clumping litter stands ahead of clumping. These products are often at least 50% less expensive than a clumping type, which is a bargain.

It's worth noting that owners do use more non-clumping litters than clumping litters. So the low cost is less impressive at face value, but it often remains more cost-effective. 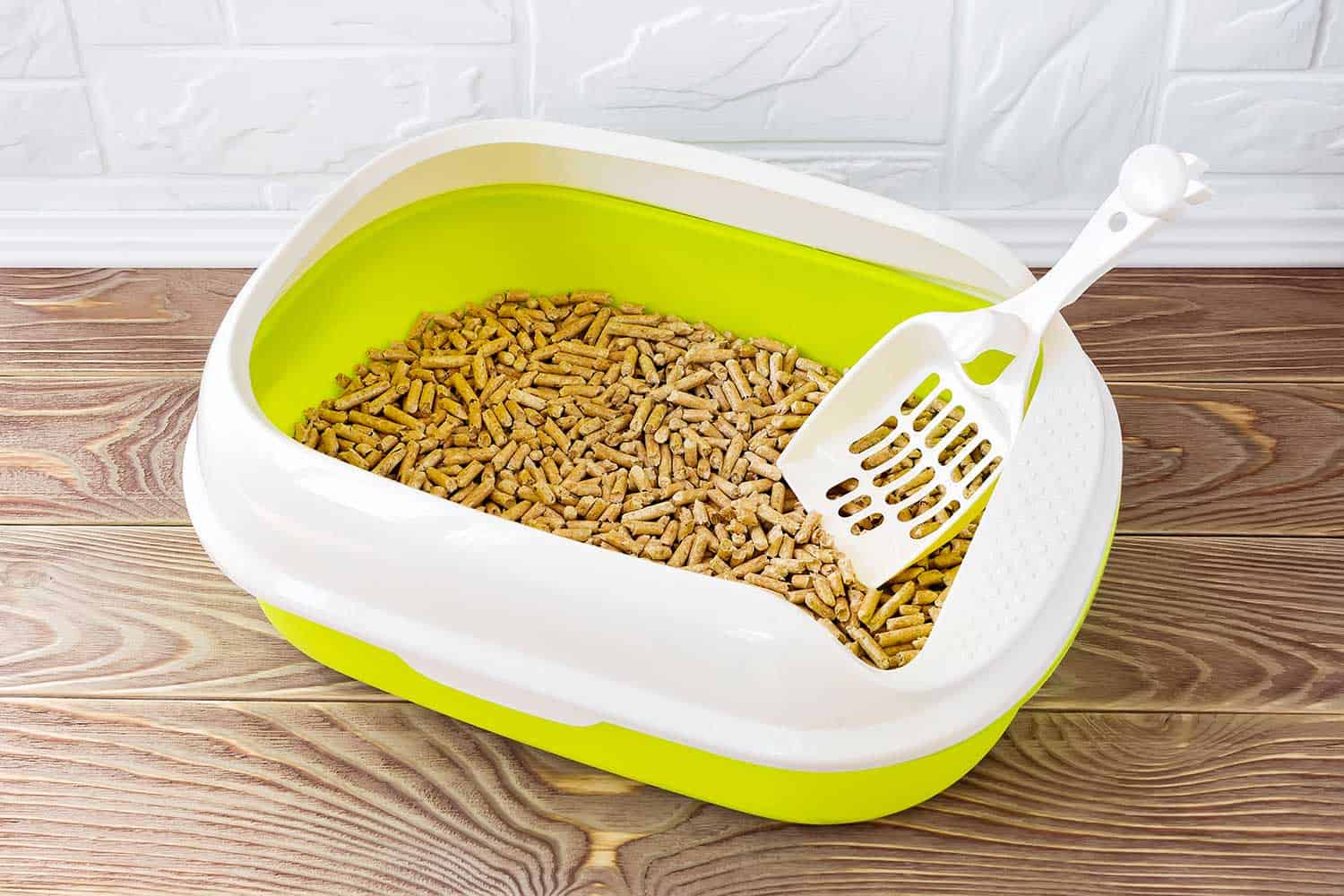 Although clumping litter does last longer than non-clumping, non-clumping is still low maintenance. It can stay in a litter box for up to one week without any issues.

It'll do a good job keeping strong odors at bay, as well. Non-clumping litters are known for their ability to absorb large volumes of moisture to help prevent strong smells.

Some will even have additives like baking soda or charcoal to contain those unpleasant smells. Due to this, owners don't have to do a lot to manage their cat's litter box.

But this odor control does have limits. Week-old pee at the bottom of your litter box will eventually win and power through it.

Non-clumping litter is a lot less dusty than clumping types, which is a tremendous benefit. It makes these litters a must for owners with respiratory problems or cats with asthma.

Most non-clumping litters are made from natural materials like calcium bentonite. You'll also see plant-based options made from wood, corn, pine, or even beet pulp, such as Alpha Paw Natural Non-Clumping Cat Litter.

See this litter on Amazon.

Given this information, your use of non-clumping litter doesn't hurt our planet. It's a nice additional touch to ensure you can feel comfortable about its usage.

Why is non-clumping clay litter better?

Some cat owners view non-clumping litters to be better because of the low price and dust control. Both these attributes are crucial aspects of ensuring a positive experience when having litter boxes in your home.

How often should you change a non-clumping litter?

Based on the name, it shouldn't be too surprising to learn non-clumping litter doesn't form clumps. Its lack of clumping means that you'll only need to change the litter when it becomes saturated with urine.

Once it does become saturated, the box will need emptying, cleaning, drying, and refilling. Most experts seem to agree this process should happen at least twice a week to keep the box fresh.

This amount only increases with more than one cat or cats with kidney conditions. In these cases, changing will be a more frequent process to keep up with the higher urine volume.

Why do kittens need non-clumping litter? 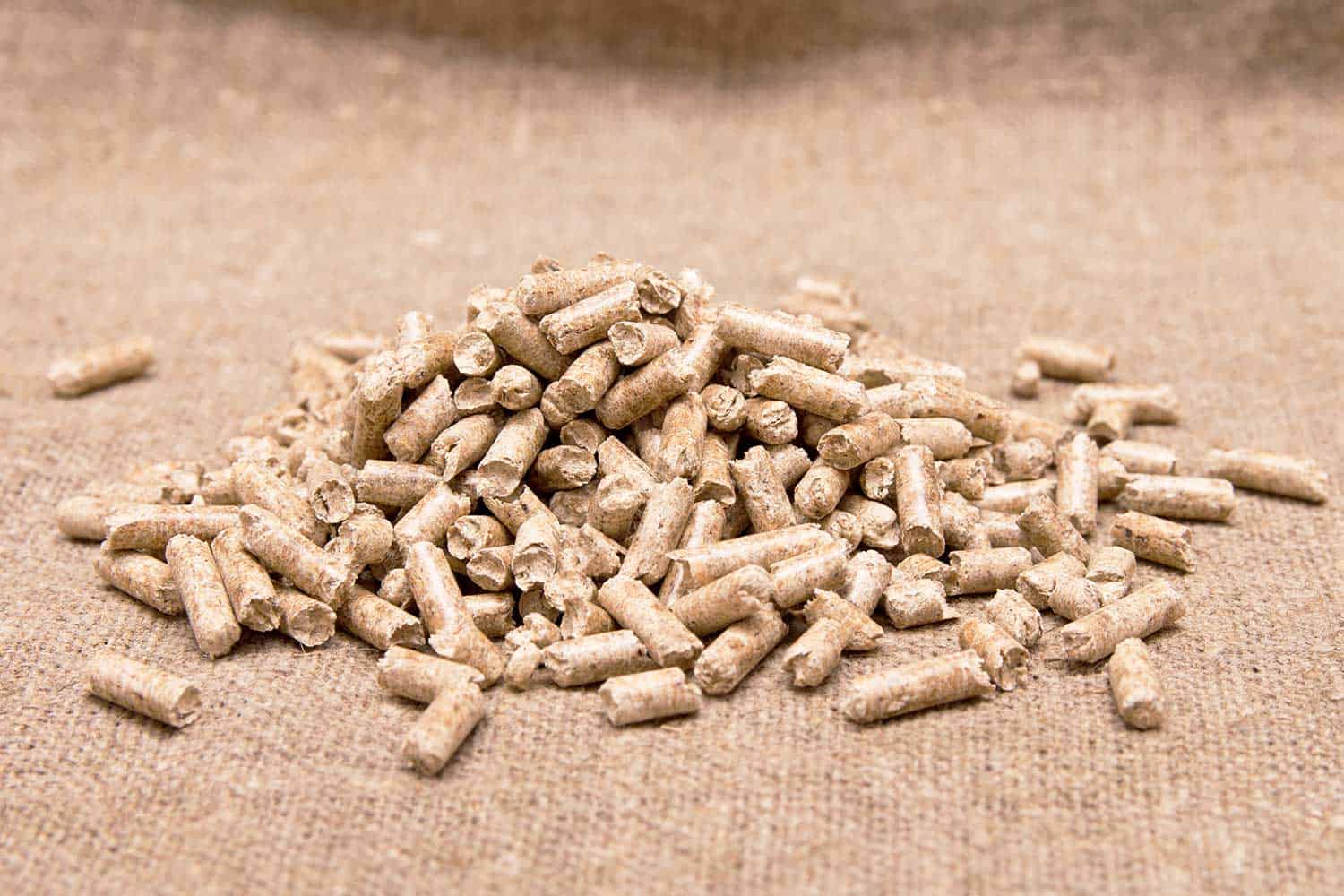 Most cat enthusiasts suggest kittens under four months stick with non-clumping clay litter. The main reason behind this stance is these litters have larger granules, which don't stick to a kitten paw. In other words, it keeps kittens from ingesting litter when grooming.

Litter ingesting is a problem with clumping litter, especially for kittens. These litters contain compounds like quartz silica or sodium bentonite clay that causes liquids to stick together, making clumps.

It's convenient for owners to scoop away during the cleaning process. More importantly, they're considered safe materials for cats to come into contact with, except for rowdy kittens.

The danger comes from clumping litter's ability to expand. After all, kittens love to experiment by putting random things in their mouths, much like human babies.

Kittens might even play, roll around in, or eat their litter on certain occasions. But kittens have tiny digestive systems that can't handle the incoming clumping litter after ingestion.

From there, the clumping litter might expand inside their intestines and cause blockages. So it's just not a good idea to use these clumping litters with your favorite little kitten.

How do you dispose of non-clumping cat litter? 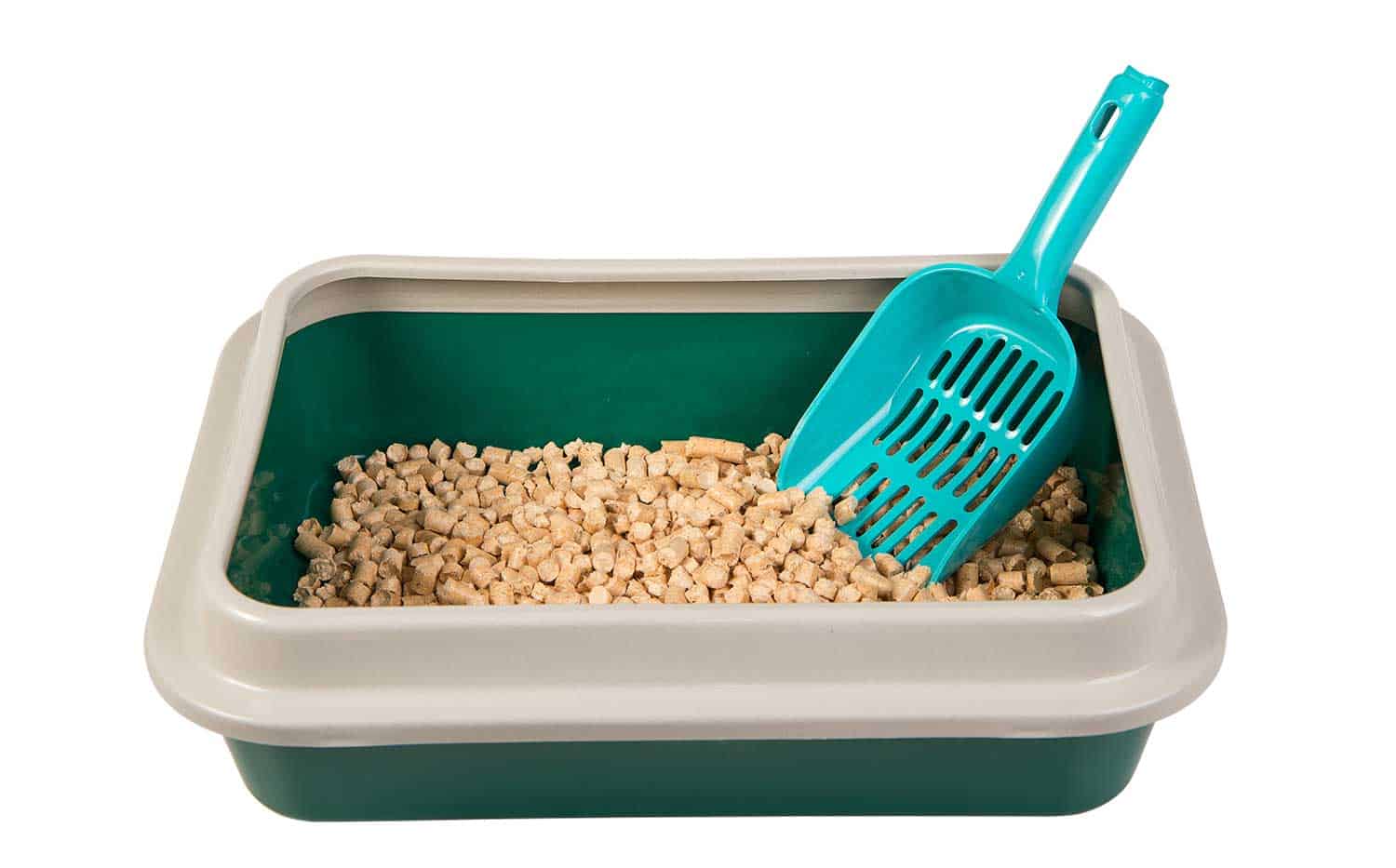 Changing out a litter box filled with non-clumping litter isn't tricky. In fact, the process isn't any different than what you'd do with clumping options.

If you follow these four steps, the process should be effortless and stress-free:

Your first task is removing all the litter from the box. Place a garbage bag over the litter box's end and tilt it up to pour all the gross contents into your garbage bag.

Once the litter's safely inside, use a scoop or other tool to scrape away any litter stuck on the box's bottom. Another proven method is simply carrying the litter box over a large trash can and dumping the contents.

2. Wash Your Litter Box with Soap and Water

Since your litter box's emptied, it's time to begin the cleaning process. You'll want to start with washing it out using soap and water.

Many owners find the bathtub to be a suitable location for this job. You also might want to use a bristled scrub brush to get those tougher areas clean.

But never use chemicals, such as ammonia or bleach. Cats are known for having a keen sense of smell, and lingering chemical odor will cause issues.

Your cat will likely avoid the box entirely and do its business elsewhere in the house. Likewise, chlorine bleach is a massive no-no as it could combine with cat pee ammonia to produce toxic gas.

After cleaning the box, it's time to move onto the drying process. Paper towels or a regular old towel can quickly get the job done. Owners will just need to put a little elbow grease into it, and the litter box should be dry enough.

Your last step is refilling the cat litter box with 3 to 4 inches of non-clumping litter. It'll provide them with enough room to do all their bathroom activities.

We wouldn't recommend going over 4 inches, though, because a cat might start rocking litter everywhere. There's nothing worse than finding soiled litter all over your home.

If you have any more questions about non-clumping litter, please leave us a post in our comment section. We'll make sure to answer each one as soon as possible. Thanks for reading!