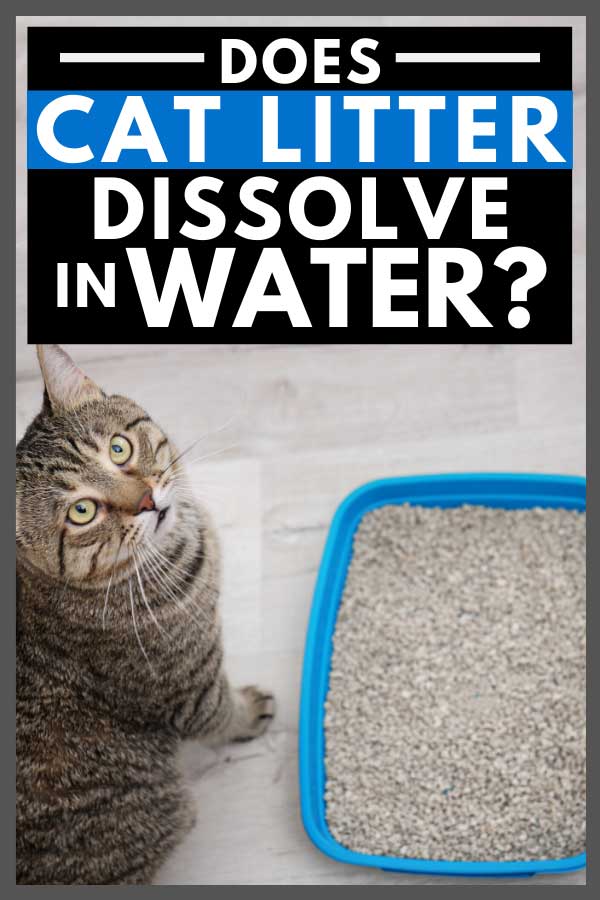 There are a considerable number of cat litter products on the market these days, all touting their supposed superiority over other types and other brands. Some even broadcast their products’ ease of disposal, marketing their cat litter as being “flushable.” The prospect of tossing your pet’s waste into the toilet bowl and saying goodbye with the push of a button can seem appealing, but is there a flushable cat litter? Does cat litter dissolve in water? Rest assured, we’ve researched the most common types of cat litter on the market, and whether or not they will dissolve in water. Read on to find out which type is right for you.

Read on to find out about each common type of cat litter’s capacity for absorption, and varying likelihood to dissolve in water.

What Happens to Cat Litter When It Gets Wet?

Does Cat Litter Soak Up Water? 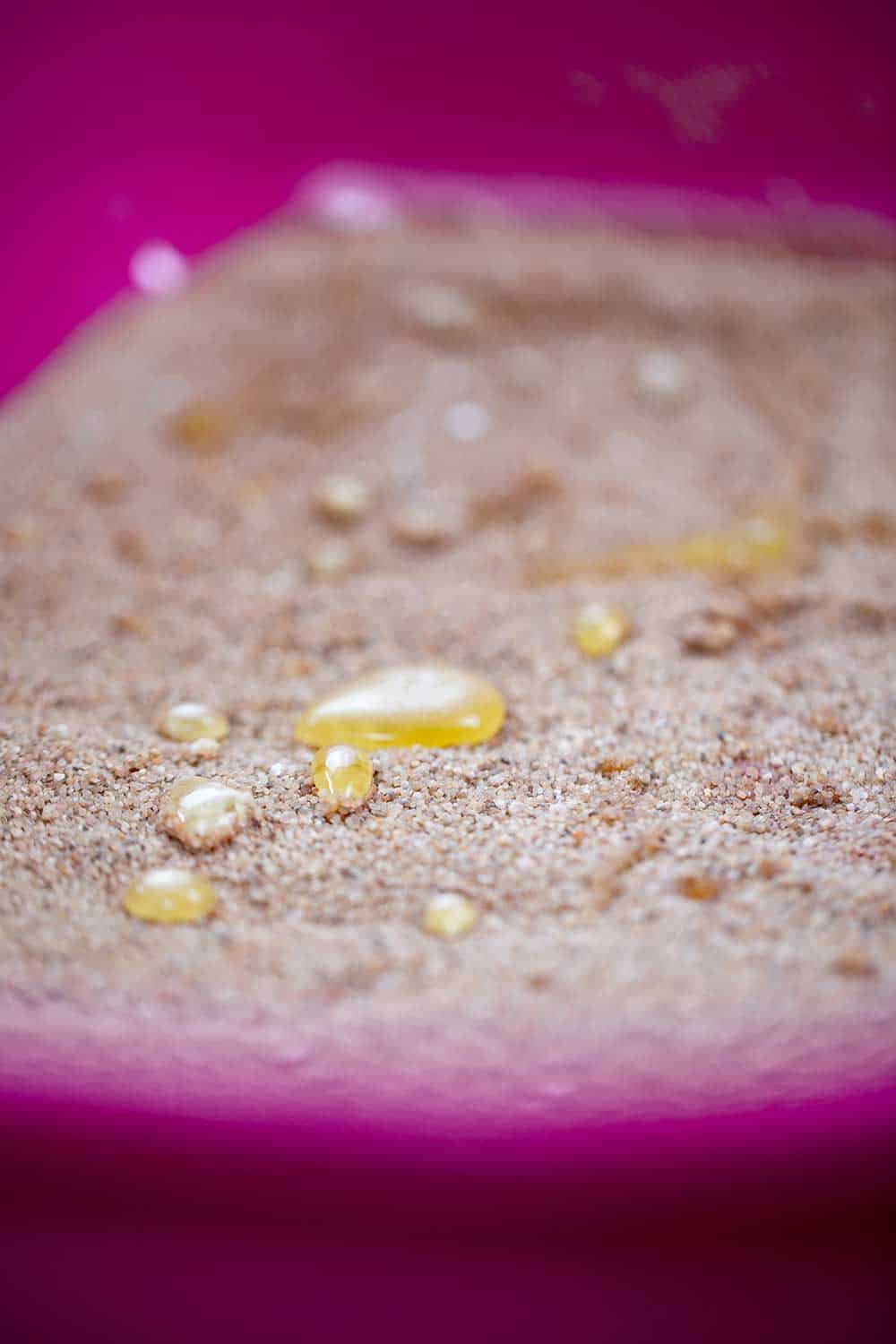 Yes, due to its absorbent properties, cat litter will soak up any source of moisture, cat urine, water, or otherwise.

Now that you understand the basics of how cat litter interacts with water, let’s more thoroughly examine each type of litter and if it will dissolve in water.

Clumping litter is usually composed of a mixture of natural fibers and aluminum phyllosilicate clay bentonite. The aluminum phyllosilicate clay bentonite is what gives this type of litter its name, as it causes the cat litter to absorb moisture in, well, clumps, rather than distributing evenly throughout the litter box. While this clumping action can be great for keeping the litter box clean, it also makes it so that clumping litter will not dissolve in water. Like other types of cat litter, clumping litter will expand when it becomes wet.

Now that we’ve gone over the most common types of cat litter and their likelihood to dissolve in water, let’s look at some additional questions a lot of people have about cat litter, and it’s capacity to soak up water.

Can You Use Cat Litter For Condensation? 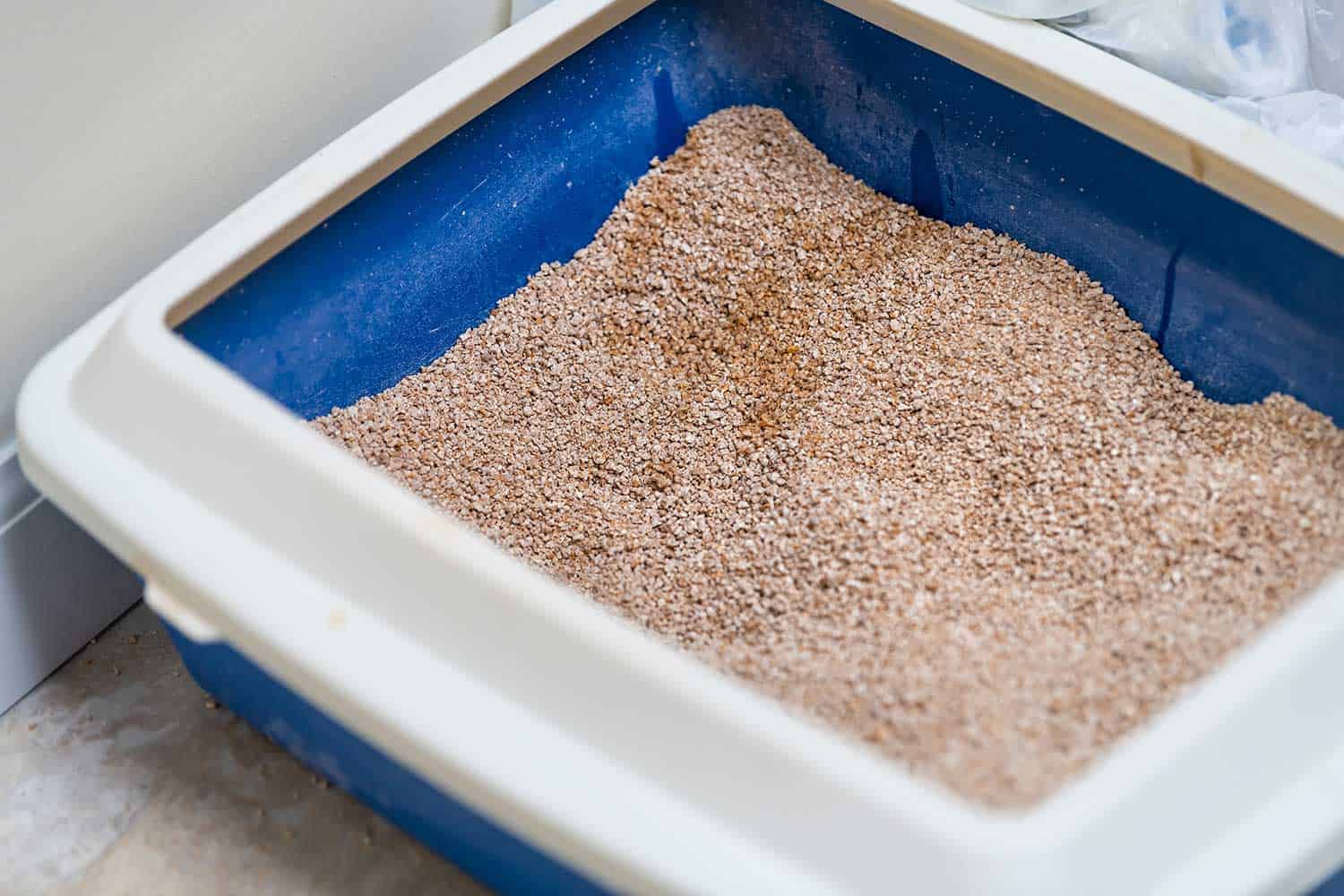 Cat litter is not only great for absorbing your pet’s waste, but it can also be used to soak up condensation too. Cat litter is so absorbent that it will soak up radiant moisture right out of the air without needing to even come in physical contact with the source of the moisture.

Does Cat Litter in a Sock Work?

Yes, putting cat litter in a sock is an effective way to deal with condensation. Simply fill the sock with cat litter, seal it shut and hang it up in any space that is having an excessive condensation issue.

As you’re now sure to see, cat litter does not dissolve in water due to its absorbent properties. You can, however, use it’s absorptive properties to your advantage beyond cleaning up your pet’s waste by applying it in areas of your home or elsewhere where there is too much moisture.