Wondering if your old litter box is too old? Should you be getting a new one by now? After all, there’s only so much cleaning you can do before it’s time to replace it, but how long do they last? We've set out to research the topic and have some answers for you. 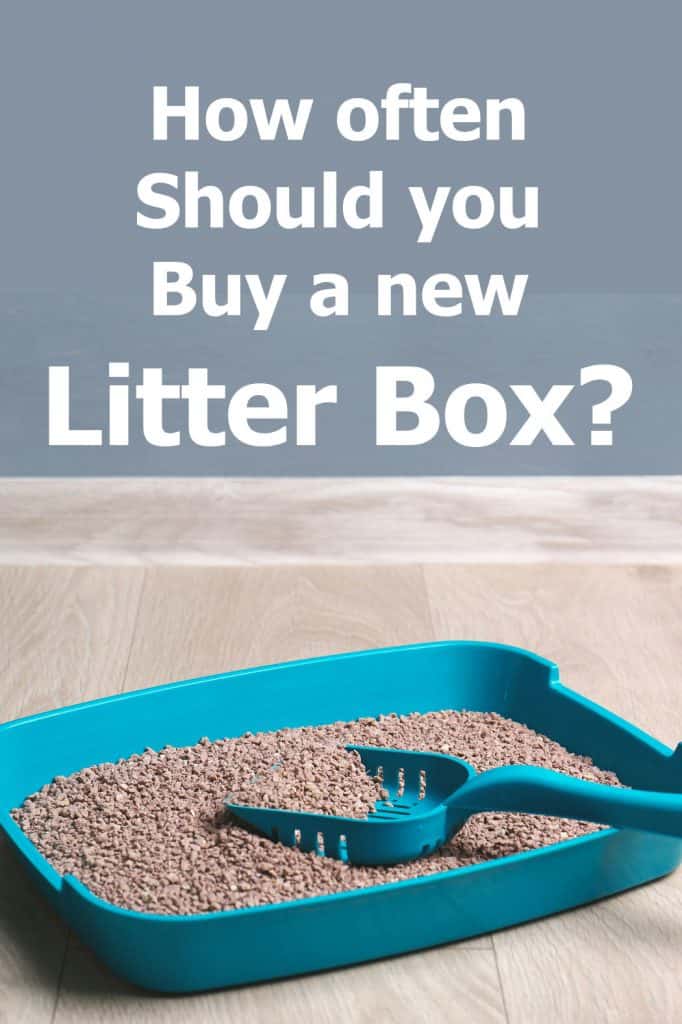 A typical inexpensive plastic litter box that’s used normally by one cat will need to be replaced once per year. However, a higher-quality box may last much longer whereas a cheap one being used by several cats may need to be replaced more often. Overall, the frequency of buying a new litter box depends on a few factors:

Keep reading and we’ll take a closer look at why litter boxes need to be replaced, which materials are best, and how to know when it’s time to buy a new litter box. We’ll also analyze the costs of several types of litter boxes to determine which is the most cost-effective.

Why Litter Boxes Need to be Replaced

Although you already know the litter should be cleaned at least once a day, there’s another question that many cat owners are asking: How often should you buy a new litter box?

There are several reasons you need to buy a new litter box every so often. Understanding these reasons will help you know when it’s time to replace your cat’s pan.

The first reason for needing to replace your cat’s litter pan is that it gets scratched. Whether it’s from the cat’s claws as they dig to do their business or from the scoop as you remove clumps, even microscopic scratches can be bad.

What happens is that those scratches are impossible to properly clean. So, over time, they get filled with bacteria. Then, when your cat digs, the bacteria are flung into the air where they can breathe it in. When you clean the litter box, you’re then at risk of inhaling the bacteria.

And if your cat happens to be scratching at the side of the box - read this guide to discover why he or she is doing that.

Another problem that comes with these scratches is foul odors. Waste matter can also get trapped in even the smallest of scratches. The plastic then absorbs the odor, and it becomes impossible to get rid of. This is a problem for both the human and feline occupants.

Cats have more sensitive noses compared to people, which means they have to face a strong foul odor when using the litter pan. But the bigger problem is that when the smell is so strong, they may believe the pan to be too dirty.

When a cat thinks the litter box is too dirty, they’ll look for somewhere else to go, like the bathtub. Or your bed. Even if they go on a hard floor near the litter box, it’s far from ideal to have to clean fecal matter or urine from other areas of your home.

Although plastic is pretty durable, it won’t stay the same as the day you bought it. It will go through some chemical changes over time, and those changes could cause some serious problems for your home.

The ammonia in urine damages plastic. Over time, the plastic will become brittle and could even begin to break apart. Although the plastic itself isn’t dangerous as it starts to break down, it could make a huge mess if it falls apart when you go to move a full litter box.

If it’s not completely falling apart on you, it may not be obvious that it’s time to replace your kitty’s litter pan. So, here are three signs to look for that will let you know you need to go shopping for a new litter box.

When you can see that the plastic has been damaged, then it’s time to get a new litter pan. Some less obvious indications that there’s physical damage to the plastic include:

You should be thoroughly cleaning the litter box every few months with a scrub brush and pet-safe cleaners. If after scrubbing the box and air-drying it outside, there are still lingering odors, you’ll probably want to replace the box.

Odors that don’t come out after a good cleaning have likely been absorbed by the porous plastic, and will not come out. They’ll only get worse. If you can already smell them, then your cat has been smelling them for a while and could start going outside the litter box in protest.

Depending on the color and type of plastic you have, it may be difficult to tell if it’s become clouded. However, if you notice any changes in the color of the litter box, it’s likely to become damaged by the ammonia.

This means it will start absorbing more bacteria and odors, so you should replace it before the damage gets worse. If left for long enough, the plastic may start to break down. That’s when you run the risk of the whole thing coming apart on you.

Here, you can see how much it will cost you to replace your cat’s litter box with several popular litter boxes. We’re going to break it down over the average lifespan of a cat (15 years) and assume that there’s one cat who does a minimal amount of damage to the box.

As you can see, buying a more expensive litter box will end up being about the same as needing to replace a cheaper one every year.

Something else to keep in mind is that you should have one litter box more than you have cats. That means you’ll need to replace several litter boxes every year if you have more than one cat. Sometimes, you can get away with having fewer boxes if you have a larger enough one, like the Kattails Kat Kave.

To get the most out of your litter box, there are a few things you can do. However, you have to weight the actual cost of lengthening the lifespan of a litter box with the cost of replacing them. As you’ll see, some of these are free or inexpensive.

This is by far the most expensive way to extend the life of your litter box, but it can also be the most helpful. By using litter box liners, you can protect the plastic from scratches. These also make cleaning out the box faster and easier.

By regularly cleaning out your cat’s litter box, you can put off replacing it for much longer. Plan on cleaning the litter pan with soap, water, and some pet-safe cleaners about once a month. During this time, you can also check it for any damage that may indicate it’s nearing the end of its life. 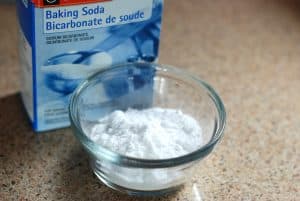 Another way to help keep the litter box clean is by adding baking soda. Baking soda is inexpensive and does more than lengthen the life of the pan. It also helps reduce odors and makes cleaning a breeze. By absorbing harmful bacteria and odors, baking soda prevents these from being absorbed by the plastic.

If you have several cats all using one box, it’s going to wear out significantly faster. There will be more claws to scratch more often, and you’ll have to scoop it out several times a day to keep up with it. All these reasons and more are why you should have more litter boxes than you do cats.

So, how often should you buy a new litter box? As you now know, the answer depends on a number of factors. Because litter boxes wear out over time, they need to be replaced every so often.

There are also things you can do to extend the life of your litter boxes, such as keeping it clean and using litter pan liners.

What do you think of this post? How often do you replace your litter boxes? Did we miss any tricks for expanding their life? Please comment below as we’d love to hear from you!

How Often Should You Change Clumping Cat Litter?

7 Extra Large Litter Boxes That Can Fit Your Large Cat

Litter Box Liners (And Alternatives Too!)

The Cat’s Litter Smells like Ammonia – What to Do?